Discover our entire range of new boats.
All our new boats
New boats in stock 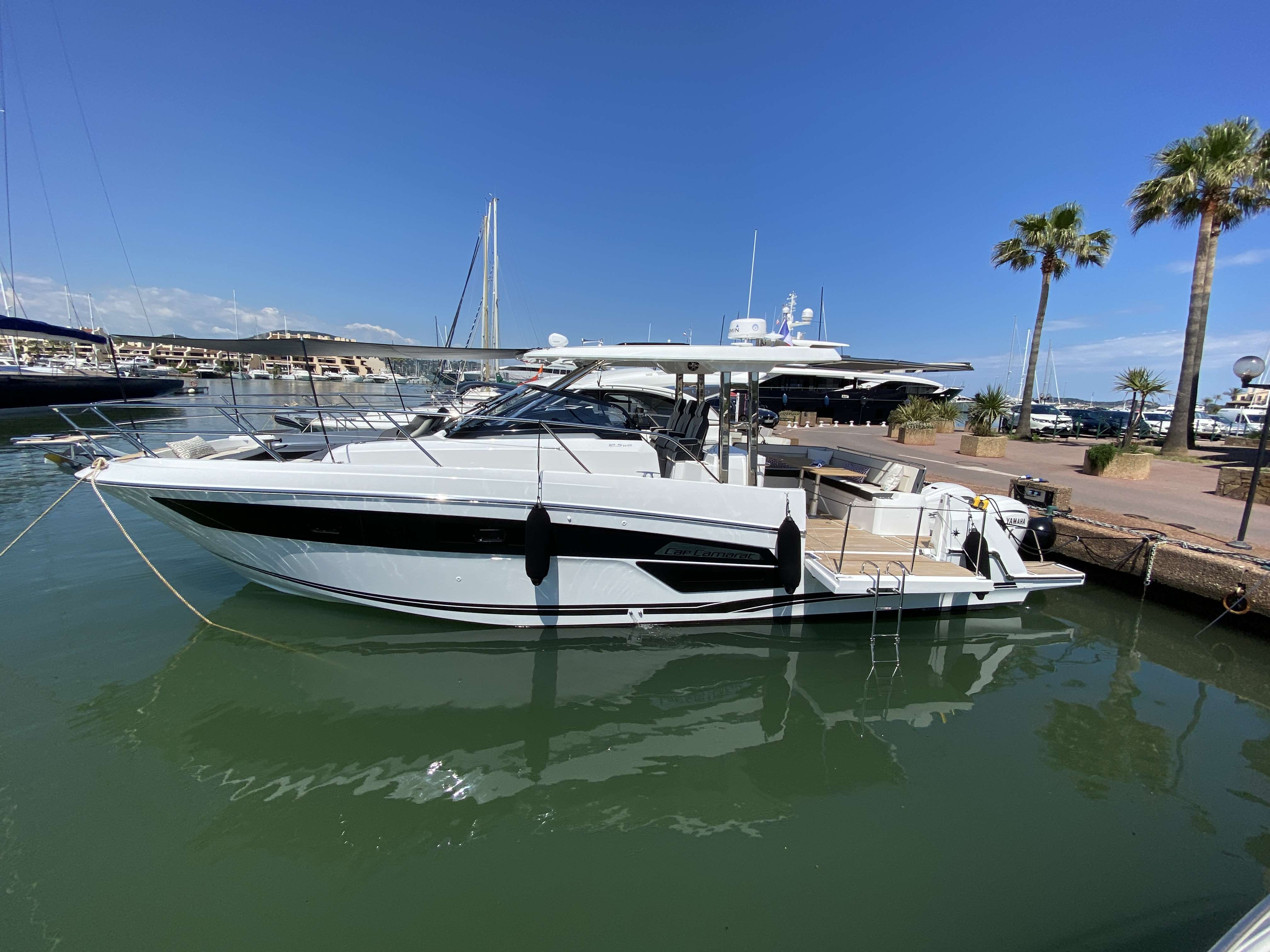 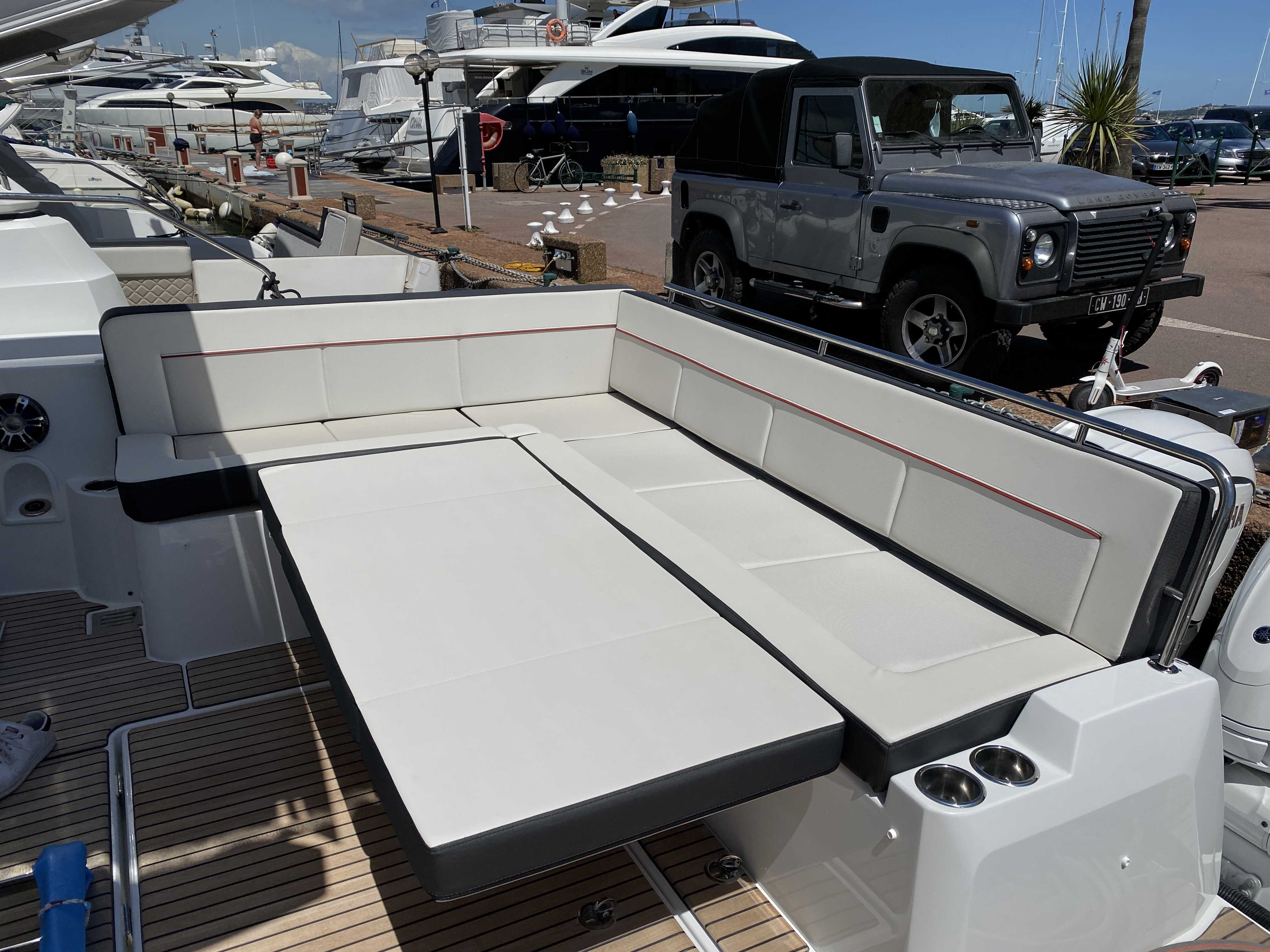 THE BIGGEST OUTBOARD BOAT AT JEANNEAU!

With its V-shaped hull without step signed by the world famous cabinet Michael Peters, the Cap Camarat 12.5WA comes to enlarge the range.

Available with either 3 300hp outboard motors or twin Yamaha XTO V8 425hp twin-engine, the 12.5WA becomes the most American of Jeanneau’s. It has a T-top composed of a sunroof as well as an electric awning.

The Cap Camarat 12.5 WA uses the same principles as the other models in the range while adding new assets: the creation of an electric port platform as standard, 2 bathing areas, a large L-shaped back seat convertible into a sun lounger , a folding television in the T-top, a multifunctional and configurable outdoor kitchen, its folding pilot seat …

This new dayboat becomes the most habitable both externally and internally thanks to its convertible outside exterior saloon that can comfortably accommodate 6 people as well as its separate cabin with its two large hull windows, its impressive under-bar height and its separate corian shower.

Outside and inside views 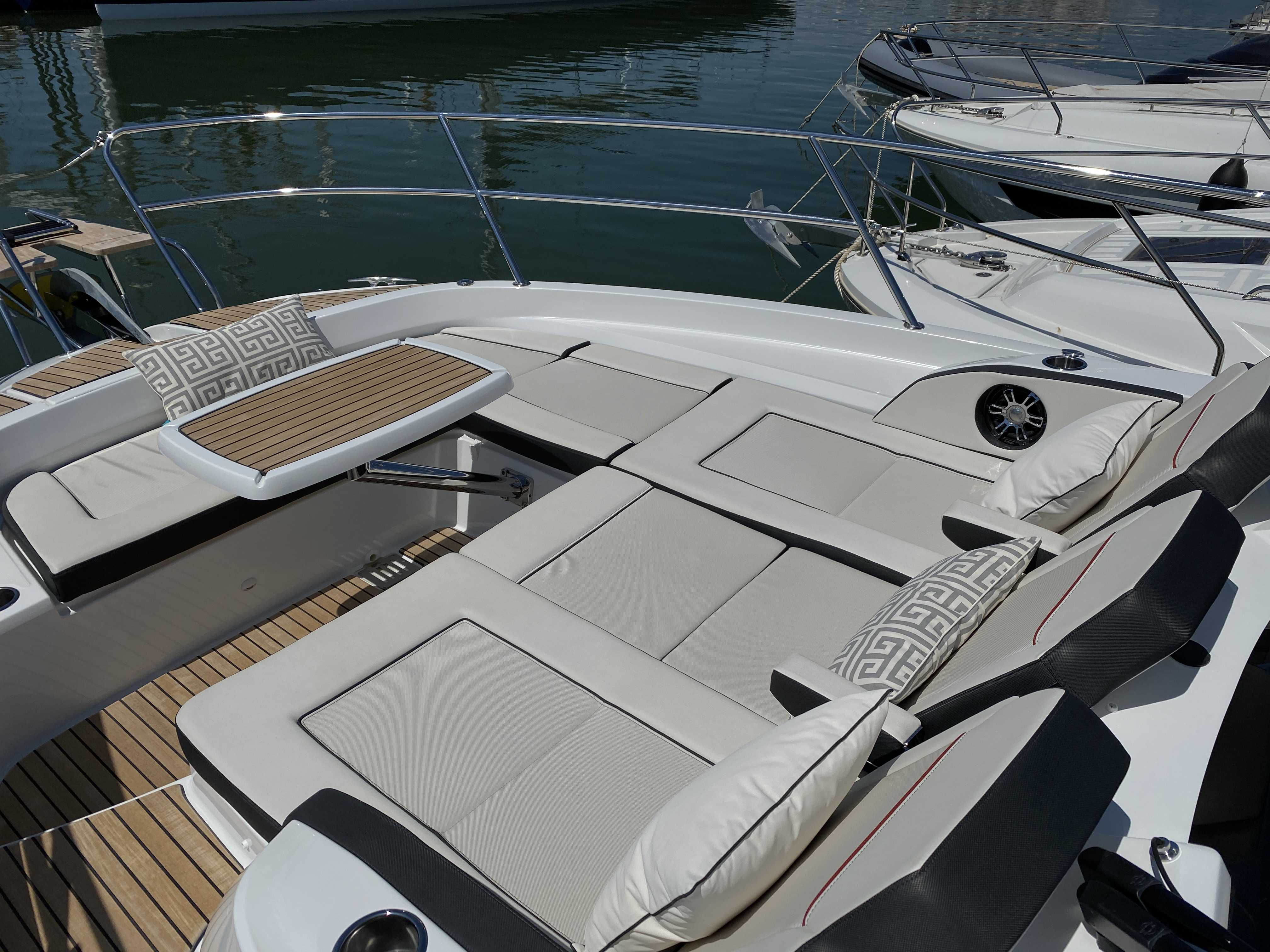 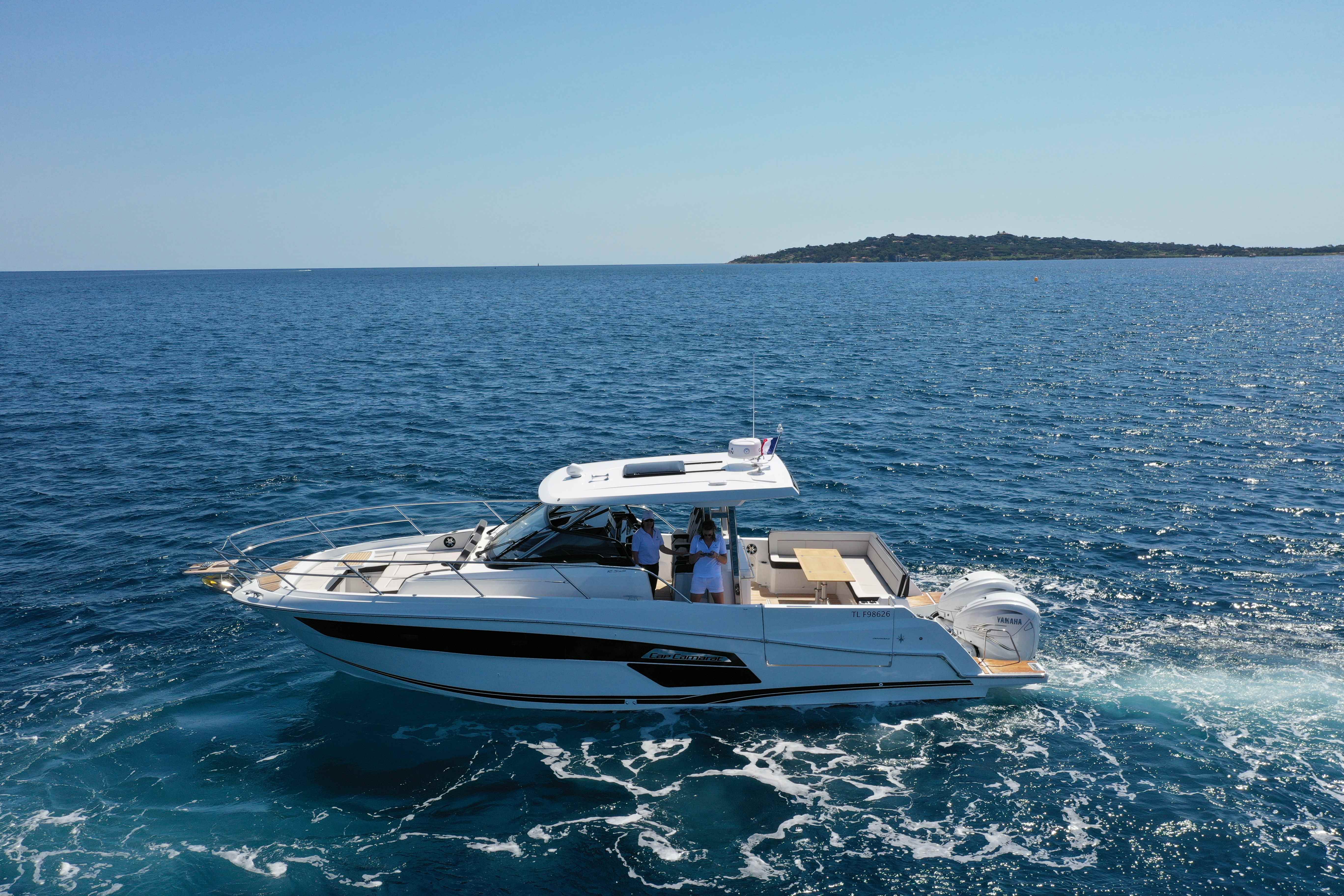 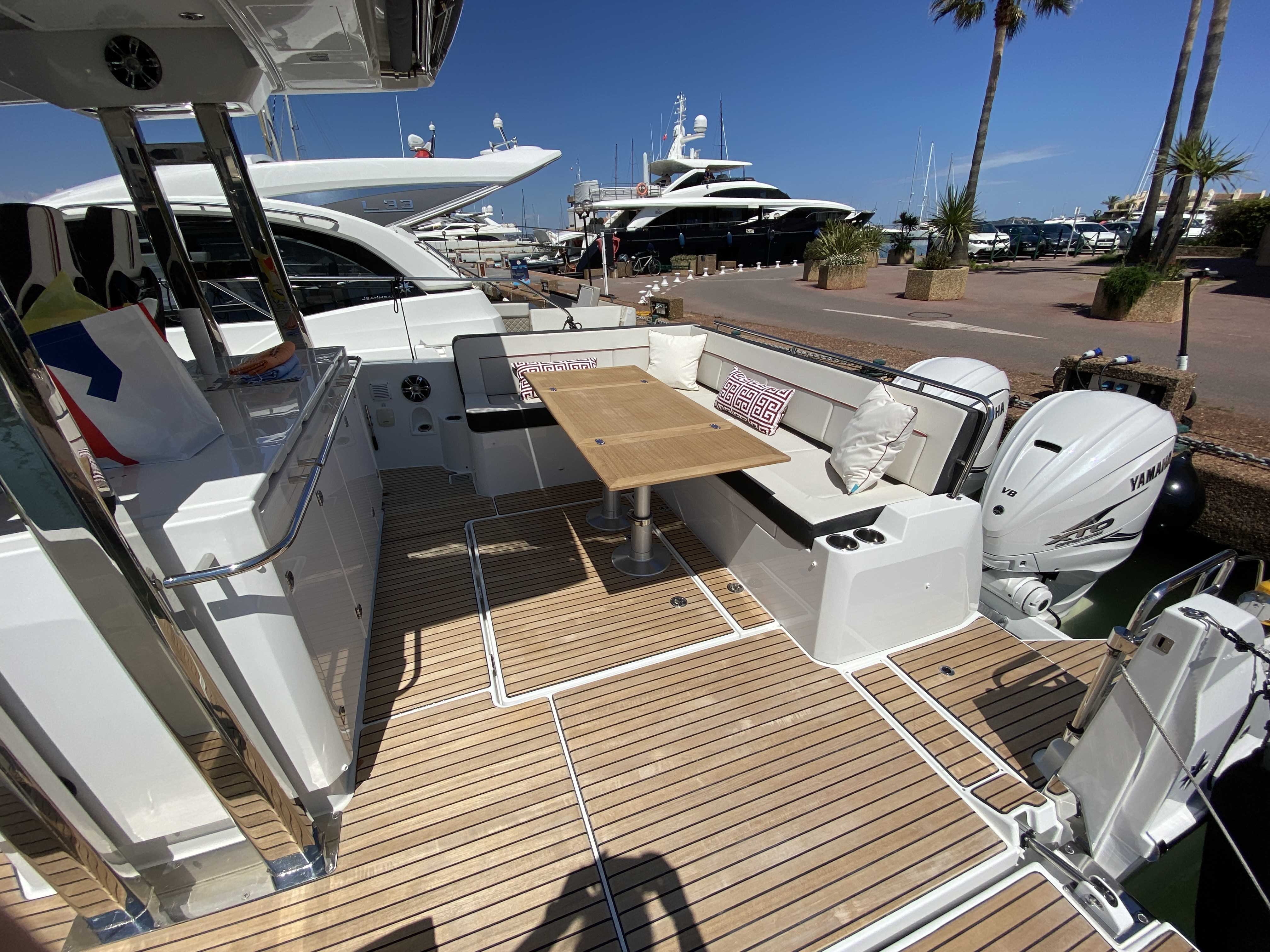 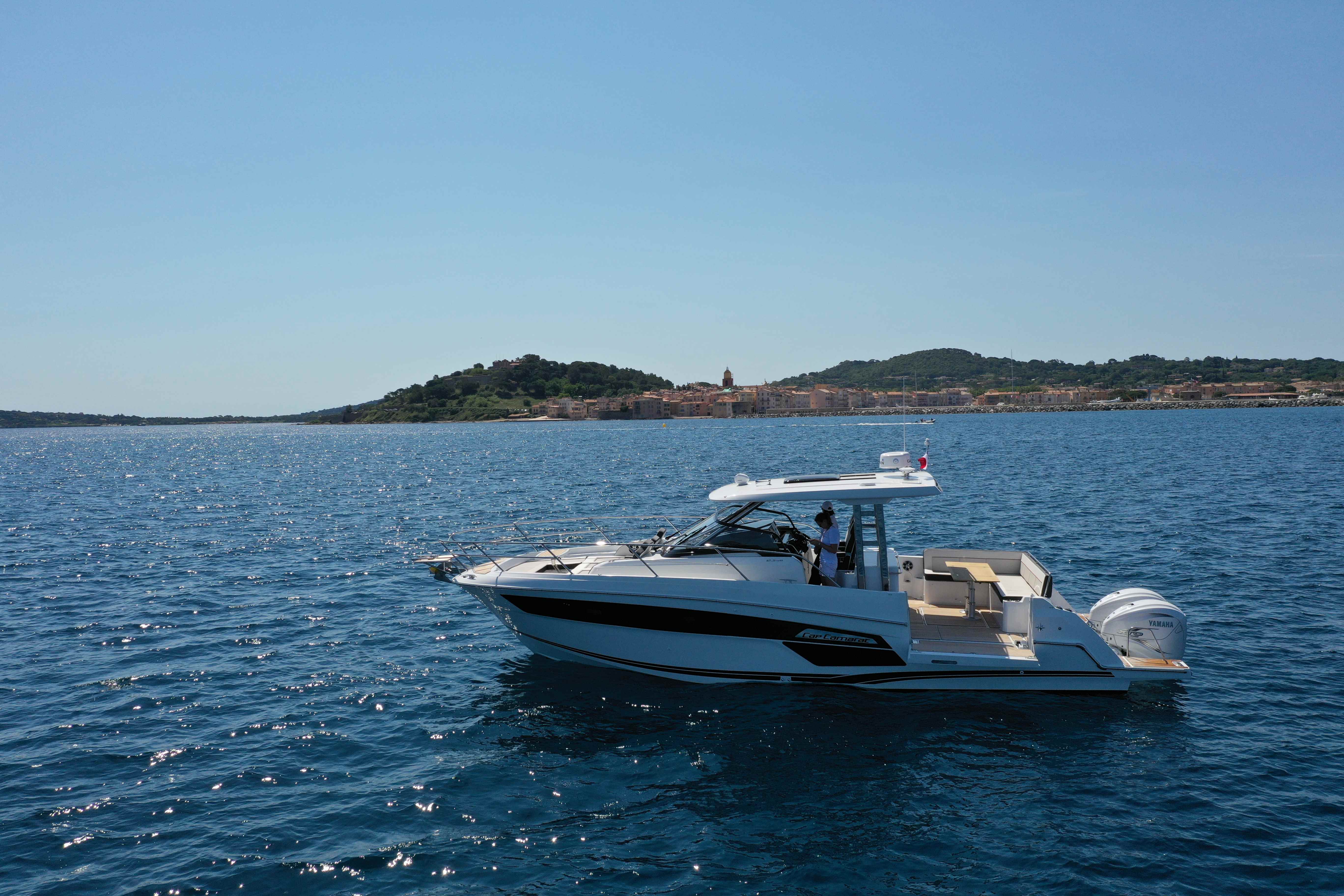 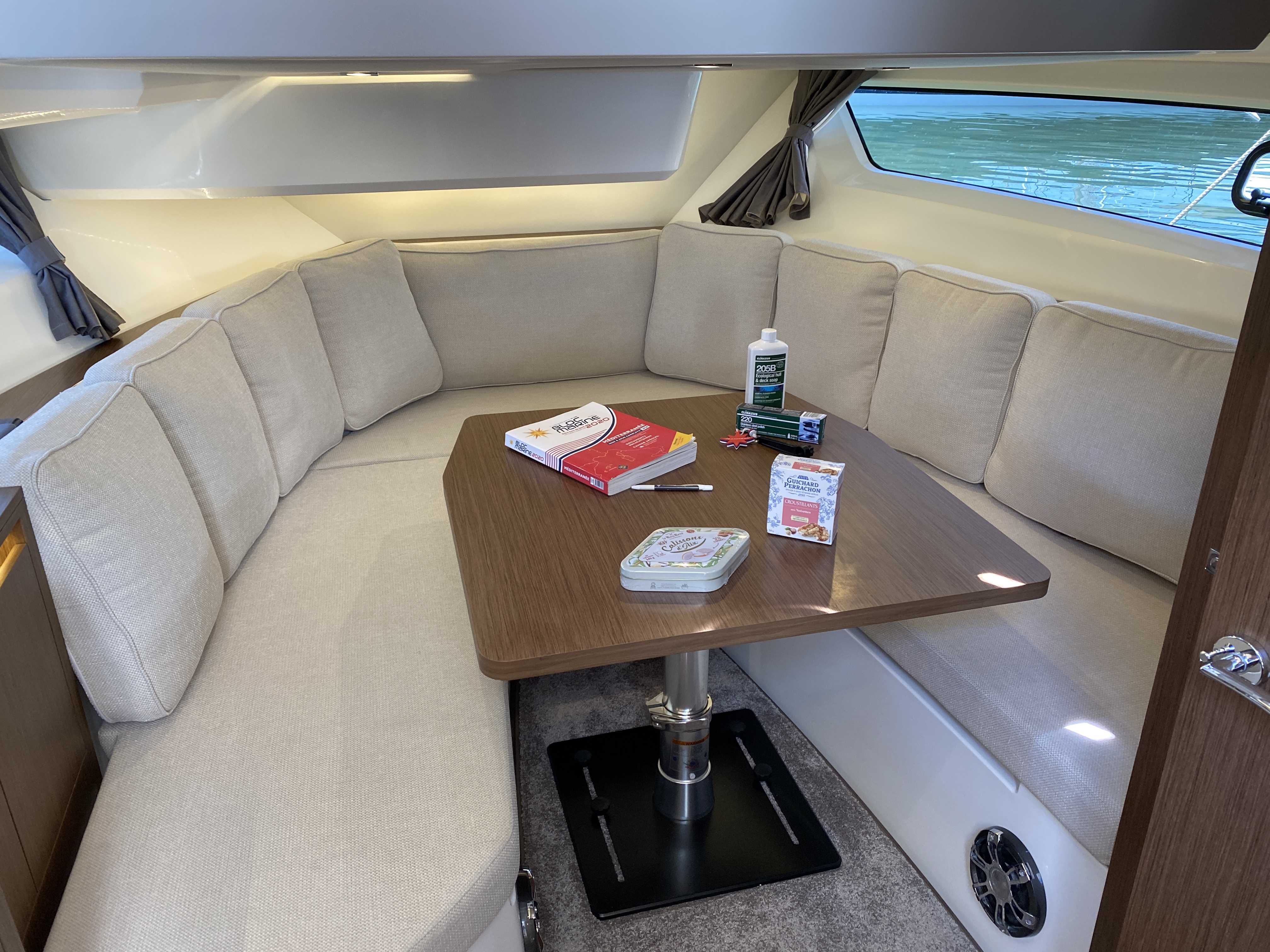 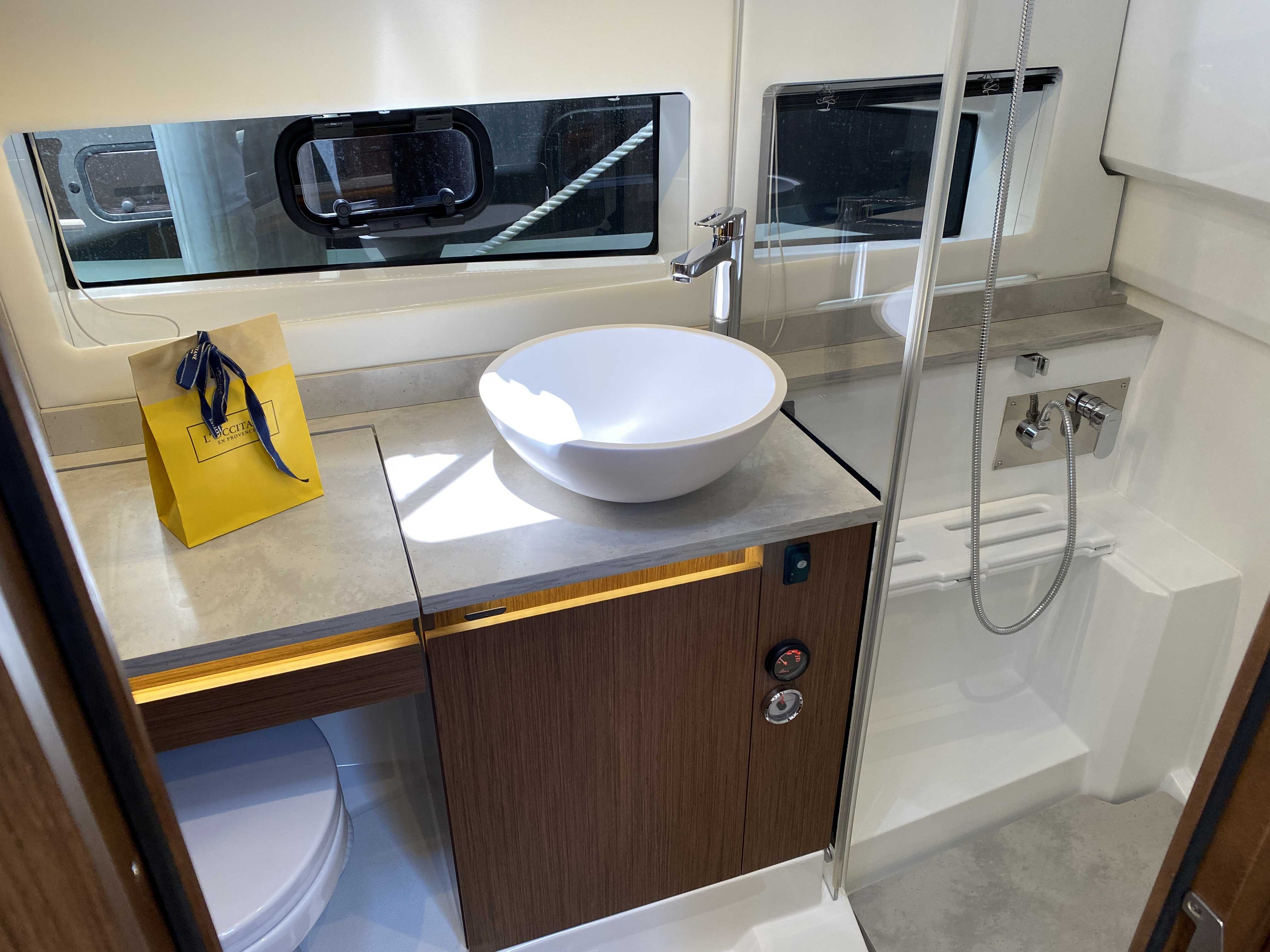 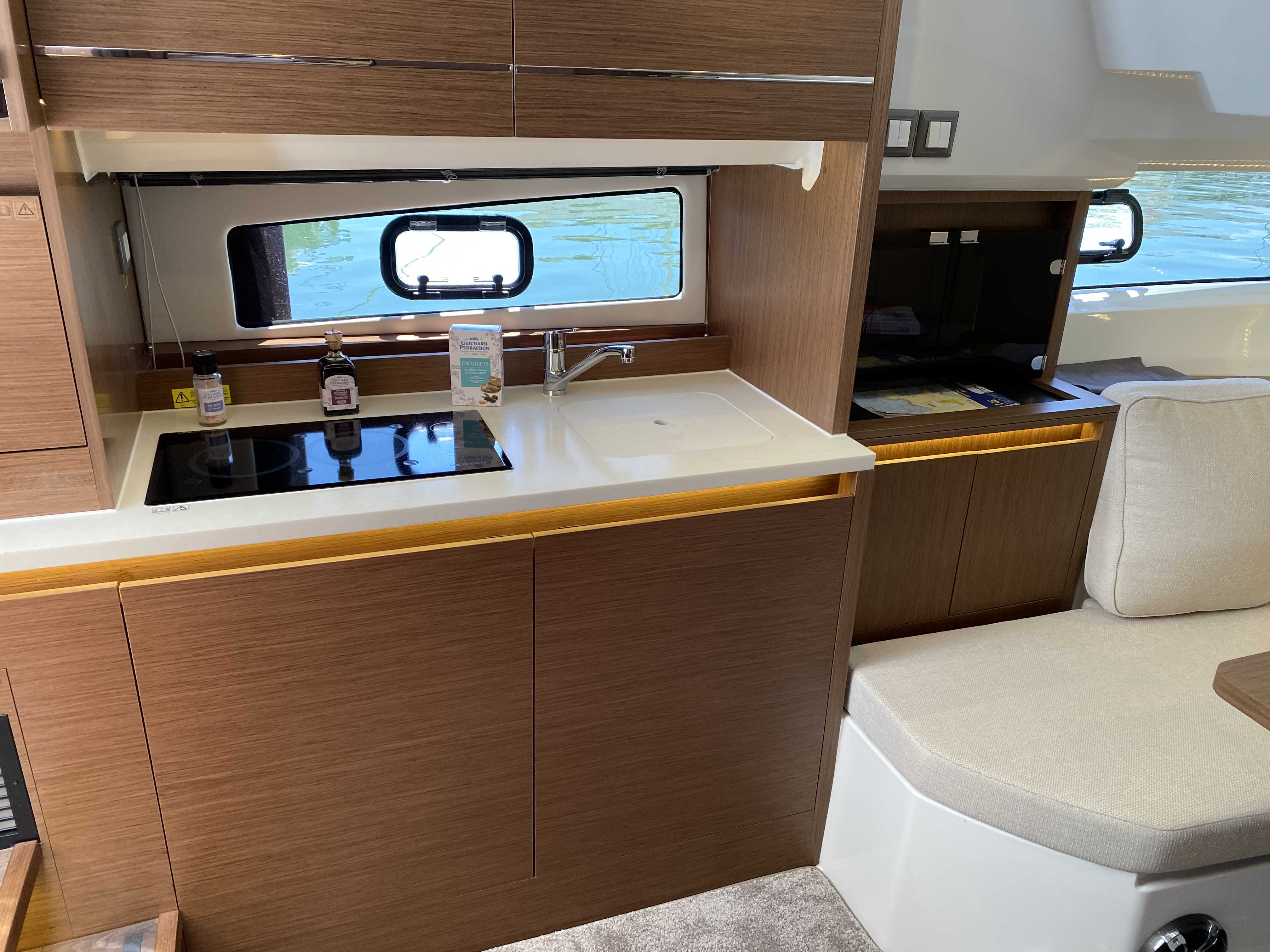 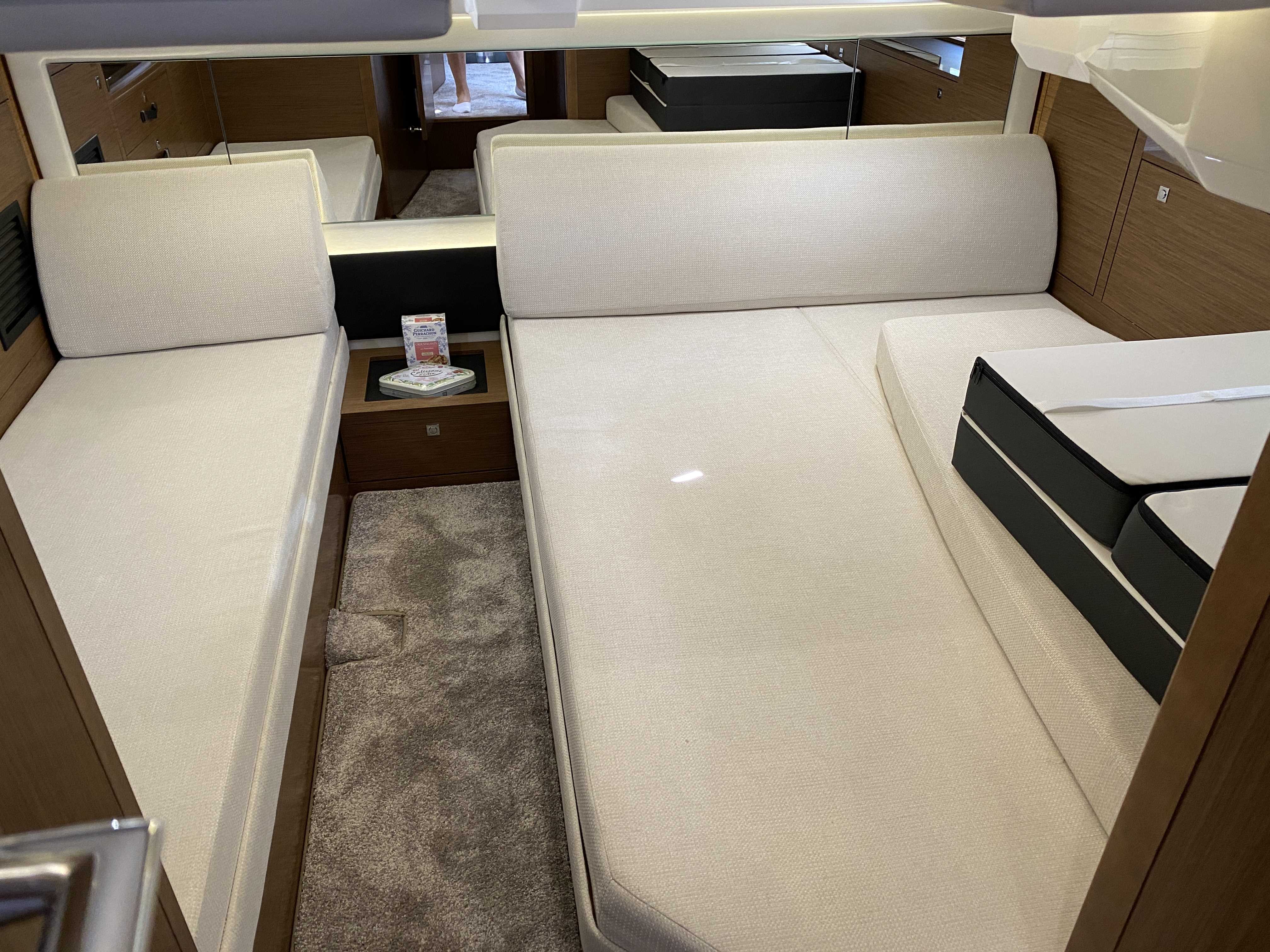 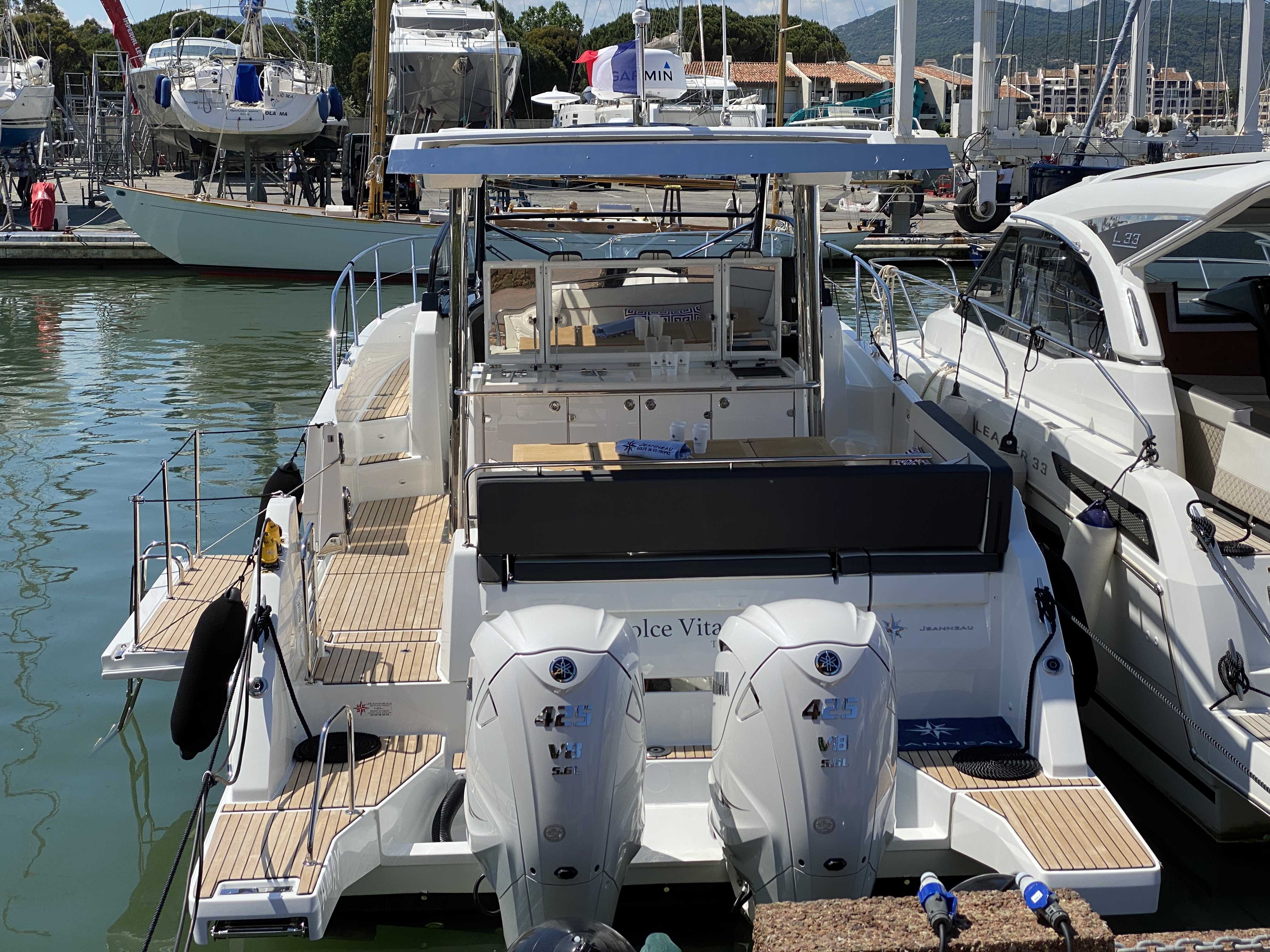 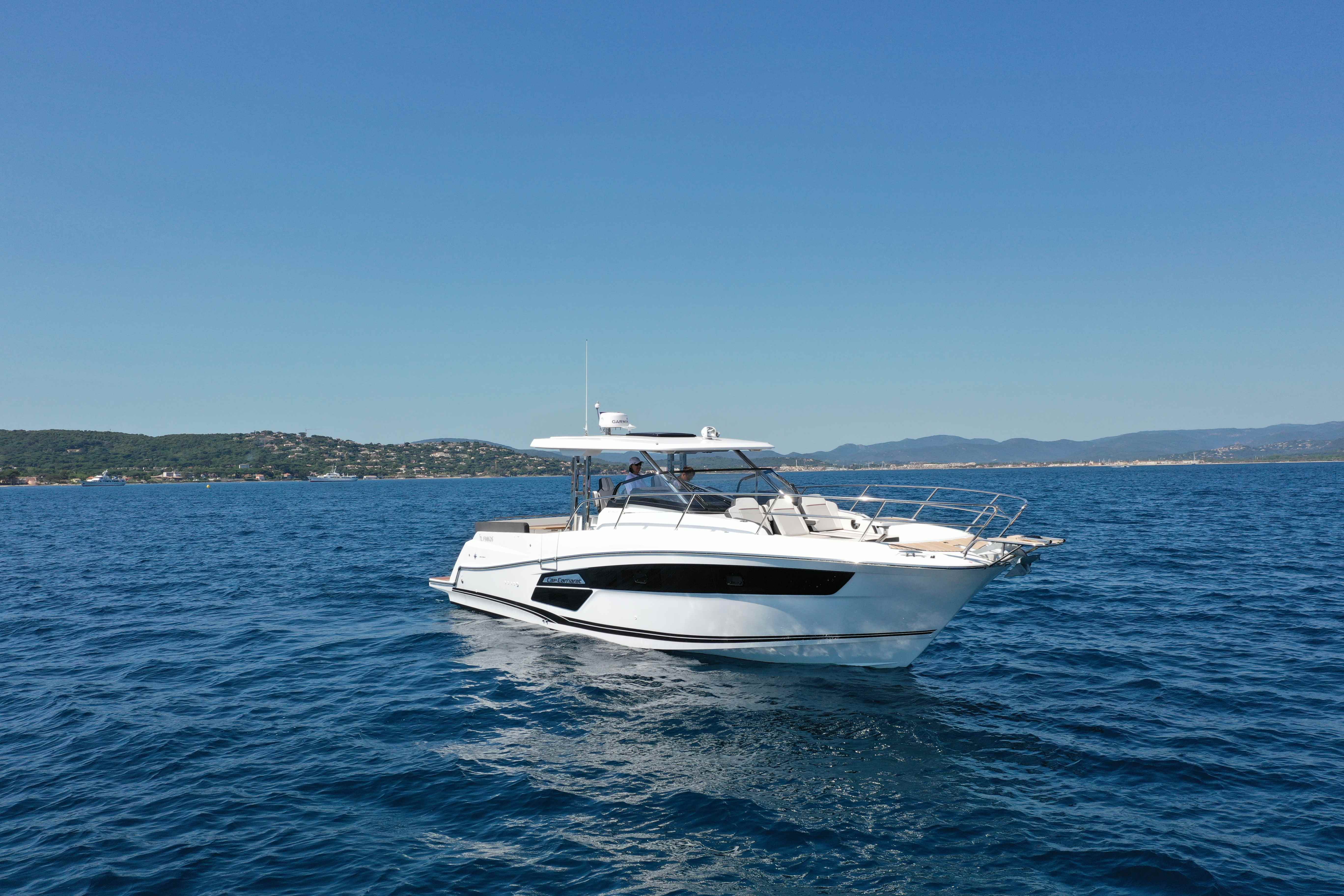 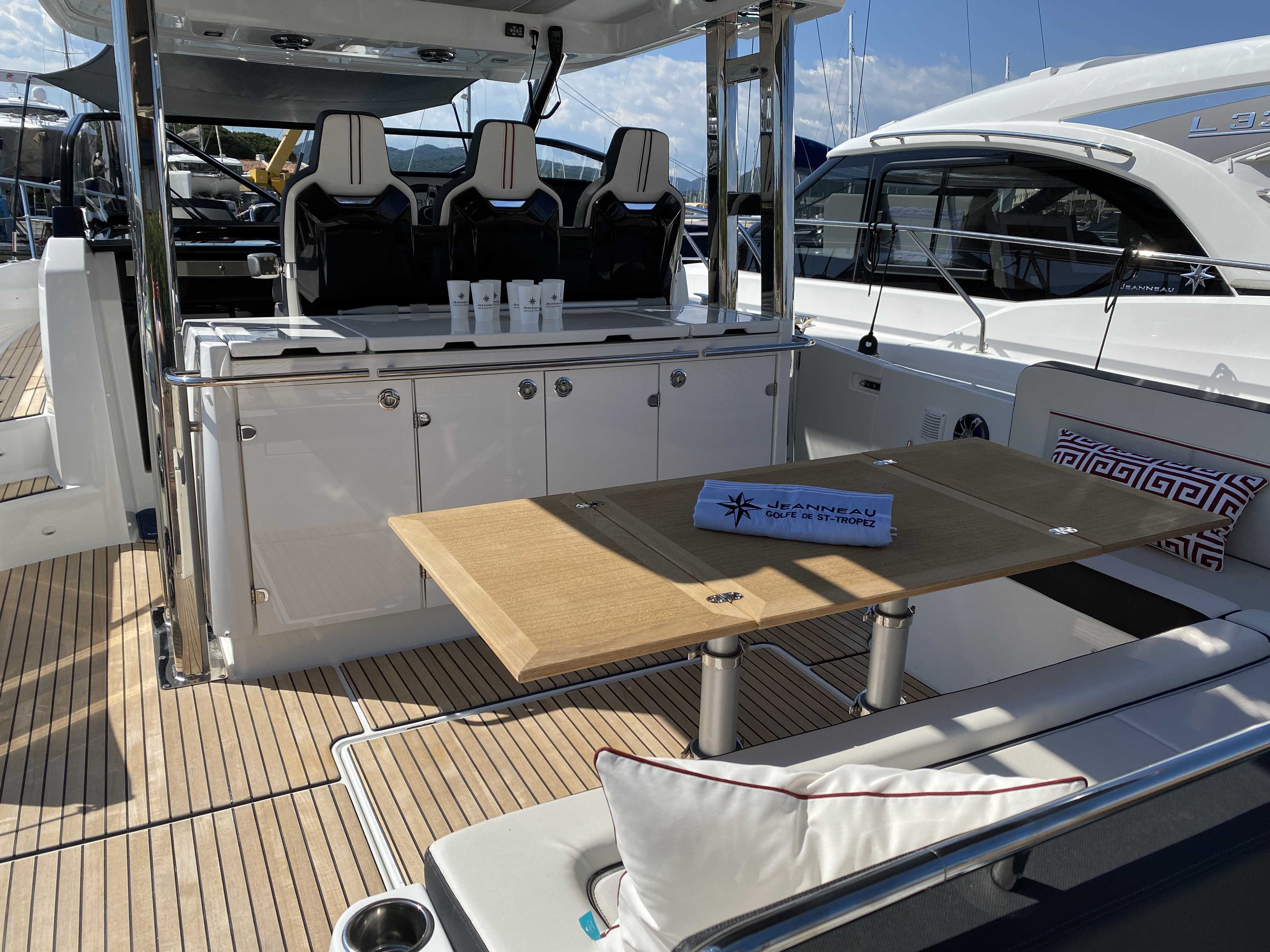 on the same budget

All our second-hand boats